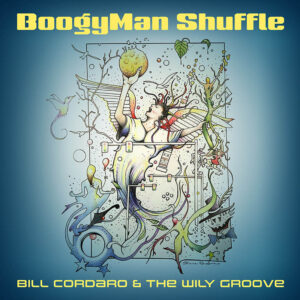 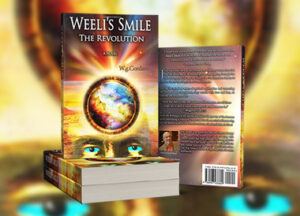 Join Weelie and Herb as they embark on a journey across America and the landscape of the human psyche, meandering through the halls of corporate life and the trails of the Southwestern desert, to confront the infinite labyrinth of consciousness. – Read More >> 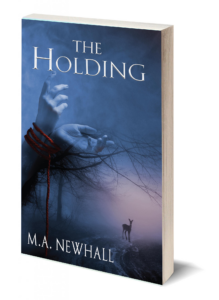 Broken.  It’s the only word Sophie Kingston can think of to describe herself. Having endured the loss of those closest to her, life can’t get much worse. It’s not that Sophie doesn’t want to move on, it’s that she can’t seem to figure out how. – Read More >> 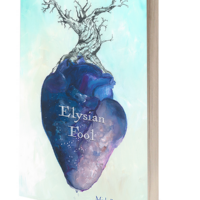 Veiled by bastions of volcanic ash, deep in the womb of the lush American desert, the most advanced civilization conspires to the common cosmic good and the survival of the human race. The rewards of evolution, theirs to reap. How my mundane fortune landed me in that golden paradise, worlds away from the money-mongers and city worms, is the story of The Revolution.

Cosmologists piece together fragments of string theory, quarks, bosons, and Planck’s constant to barely glimpse what that civilization has known for more than a thousand years. In human terms, infinite universes exist within universes, the ‘God’ particle isn’t random and isn’t a particle, but is in a constant state of creation, and all things animate and not, perceivable and not, are finitely connected.

While physicists try to break down ‘love’ by the predictability and randomness of hadrons, the Tibetans try to meditate away ‘hate,’ and the greedy look for any chance to turn a dime on both, it was ‘love’ that consumed me.

As I grew into my own skin, everything became deadly serious. It was then that we crashed into each other’s lives like comets colliding in the great wide open. The Revolution would have to wait.

It had been four years since I saw her last, yet it was as though no time had passed, as though neither of us had grown or shrunk at all, suffered or celebrated at all. Just as though no time had passed. As I stood outside the McCarthy Federal Building, bag in hand, Iraq on my mind, there she was sparkling with life, light green eyes guarding that splendid, slender face. She lowered a sign that read ‘Will We Ever Learn? Burn Bones, Not Bodies.’

“I would’ve never imagined,” she said with a gentle, curious expression.

“Life’s a mystery,” I replied. “I never figured I’d see you again.” I can’t relay what sort of expression I wore at that moment because it was all a haze. I had run the fantasy through my mind countless times. It was different every time. Sometimes with words that said it all. Sometimes without words, just an energy too perfect to refuse. In no version had I imagined I would be carrying a duffle bag, en route to war, while she was promoting weed and protesting…me.

Time did not allow the luxury of exchanging philosophies and motives. Instead, she gave me her address and I headed to Fort Benning, address unknown.

When Castaneda wasn’t manipulating women and preaching the virtues of a clean-shaven, hairless body as the ‘way’ to attain connection to the source, he was closing in on a hint of truth with what he called ‘stopping the world.’

Every year, more than four hundred billion dollars exchange hands for ‘legitimate drugs.’ Cancer drugs account for more than one hundred billion dollars in revenue each year. There is more money in the treatment than the cure. The average wage of a pharmaceutical employee in the Philippines is one dollar an hour. Thirty dollars is the average price for one Ciagra tablet, with no rebate if the erection doesn’t last four hours. The only thing more profitable than creating an incurable disease is creating an unwinnable war.

One company reported thirty billion in profits over the course of two years during the Iraq War. There are many more companies and many more wars. Economic disparity across the globe is greater than it has ever been in recorded human history. Terrorism has become a norm. Quantum physics, the Dalai Lama, and the internet tell us that it is all directly connected. Still, there is confusion as to why eighty percent of the first world population relies on prescription drugs to make it through a normal day.

When I left for Fort Benning, visions of Sophia haunting me, I wasn’t thinking about stopping the world, income disparity, or revolutions. I was thinking of fighting for my country and my love, Sophia.

Though I believed I loved her once, as much as one can love, it was through those letters that I really fell in love with her ideas, her energy, all of her.

In response to my letters and emails full of Shakespearian romanticism, Sophia responded with Dickinson or Plath. On a particularly vulnerable day, in response to the sweetest of poems, Sophia sent me a taste of her Antarctic Tundra Love.

He put the belt around my life, –

I heard the buckle snap,

And turned away, imperial,

My lifetime folding up

Deliberate, as a duke would do

A member of the cloud.

Yet not too far to come at call,

And do the little toils

That make the circuit of the rest,

To lives that stoop to notice mine,

Whose invitation, knew you not

For whom I must decline?

Her coalition of blood and flesh was like Cleopatra and Madonna molded together into the body of a five-foot-seven-inch queen whose head rested perfectly beneath my own when we stood together. She was radiant. If the eyes truly say anything about the soul, then she was everything that is true and beautiful.

‘Beauty and truth, truth and beauty.’ Oh, how we rambled on with the philosophy and poetry. How we spoke of art and life, of truth and worth. We were excited to share thoughts, ideas, passions. We were excited. Eventually, for me, everything became dangerously serious. She was a nuclear magnet. After one of our long chats regarding how tragically we could destroy our friendship by taking things to the next level, I emailed her this.

Let me not to the marriage of true minds

Admit impediments. Love is not love

Which alters when it alteration finds,

Or bends with the remover to remove.

O no! it is an ever-fixed mark

That looks on tempests and is never shaken;

It is the star to every wandering bark,

Whose worth’s unknown, although his height be taken.

Love’s not Time’s fool, though rosy lips and cheeks

Within his bending sickle’s compass come;

Love alters not with his brief hours and weeks,

But bears it out even to the edge of doom.

If this be error and upon me proved,

I never writ, nor no man ever loved.

Whispering come closer and laughing good fucking luck at once, Sophia’s face was inviting and intimidating. Sometimes her response to my most intimate emails, full of quotes and thoughtfulness, would be one-liners or worse. She responded to Shakespeare.

“Your tongue a cancerous lump on my breast. My lungs collapse from your second-hand spit. Your memory stabs through my vision until permanently impaired.” Guess who? …See you soon.

A cancerous lump on my breast? How goddamn sweet. I give Shakespeare, I get Burinskas. I give love, I get collapsed lungs and second-hand spit. Flattered that Sophia respected my intellect, I was encouraged. No man ever wanted to be The Friend of Sophia, but I was willing because I was The Shit. Who could resist The Shit? When truth wrapped her unrelenting grip around that Nefertiti-like neck of Sophia’s, I knew she’d realize life without my love would merely be survival.

A cancerous lump for God’s sake. There were occasions when I was overwhelmed by something greater than myself, and sick-to-my-stomach lonely, wishing she was there. I stood on the canyon wall at Bryce, rain falling, a half rainbow over the horizon, and witnessed lightning rise out of the canyon into the heavens. I thought of my father, but he was gone. I wondered if my mother had ever witnessed such a spectacle, but she, too, was gone. It was that sort of sick-to-my-stomach, out-of-the-blue loneliness that Sophia inspired.

It was all brand-new again. Sophia was in town. Excited, I waited patiently on the couch, staring blankly at the television. My thoughts faded away from whatever was flashing in front of me until a dark circle engulfed my view.